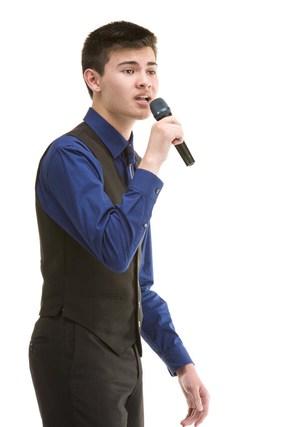 Congratulations to VHS senior Kyle Gabriel for being selected as the Orange County Register 2016 Vocal Music Artist of the Year. Kyle is a member of the VHS Vocal Jazz ensemble under the direction of Megan Arthurton and will continue his study of music at Cal State Long Beach. Please see the link to the OC Register article below for more details. Go Tigers!...

And, he promises, “a whole lot more in the works.”

One of his original compositions, “Miles Away,” took him several years – and several heartbreaks – to finish.

Five summer camps later, he explained, it was finished.

Gabriel, seated at the piano, accompanied himself to an abridged version of “Miles Away” for the judges who ended up choosing him as the 2016 Orange County Register Artist of the Year in vocal music.

His tale of how the song evolved made them laugh.

But his songwriting was “spot on” in his understanding of harmonic structure and the value of a hook, said Steve Venz, visual and performing arts coordinator at the Orange County Department of Education.

Mostly, what Gabriel hopes to accomplish when he performs is something that was difficult for him while he was growing up: communication.

Gabriel has Asperger’s syndrome, placing him on the autism spectrum and making it difficult for him to express himself in social situations.

Gabriel, a senior at Valencia High in Placentia, is headed for Cal State Long Beach to study vocal performance.

“Kyle Gabriel is a student that comes around once in a teaching career with a brilliant musical mind, that still comes to class consistently hungry to learn,” wrote Megan Arthurton, director of vocal music at Valencia.

“When he sits at the piano to play and sing, he draws a crowd.”

Gabriel studied classical piano from the age of 7 but didn’t discover an interest in vocal music until he joined choir in middle school. He continued in choir at Valencia, joined the jazz band and pushed beyond his comfort zone to land the lead role in “Snoopy: The Musical.”

He only recently began taking lessons in composing. And he takes nothing for granted.

Gabriel learned a valuable lesson when he didn’t prepare and missed the cut for his school’s vocal jazz group the first time he auditioned.

He worked hard the next year and got in. Call him persistent.